Paavo Järvi’s recording of the Prokofiev and Shostakovich cello concertos with Steven Isserlis and the Frankfurt Radio Symphony Orchestra has been nominated in the concerto category for the 2016 BBC Music Magazine Awards:

“Out of over 1,200 recordings reviewed in the magazine during 2015, 21 have been deemed the very finest by our specially assembled jury of critics and magazine editorial staff … Now we need you to help us choose the ultimate winners, and you can do just that by heading to awards.classical-music.com, listening to the excerpts and voting for your favourites (voting closes on 19 February). Everyone who votes will be able to enter a prize draw to win one of two copies of each and every nominated recording. The winners will be announced at a ceremony on 5 April at Kings Place, and in the May issue of BBC Music Magazine.” 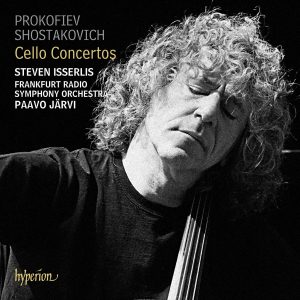