Following a four-year restoration project, the Tonhalle-Orchester Zürich and its Music Director Paavo Järvi are to perform in the Tonhalle in Zurich once again from 15 September. The concert hall has always been considered one of the best worldwide – acoustic measurements show that the sound is now even better than before.

Under its Music Director Paavo Järvi, the Tonhalle-Orchester Zürich is to open both the freshly renovated concert hall and the 2021/22 season on 15 and 16 September with a monumental piece – Gustav Mahler’s 3rd Symphony. ‘A big, powerful piece like this is the ideal way to showcase the acoustics of our new hall,’ Paavo Järvi explains.

Following the restoration work on the Grosse Tonhalle, one of Switzerland’s biggest restoration projects, the hall is now more or less as it would have been in 1895. Back then, the Vienna-based architects Fellner & Helmer, who specialised in music venues, were responsible for completing the elaborate project, and it was Johannes Brahms who inaugurated the hall as a guest conductor in 1895 with his Triumphlied.

Transcendent acoustic power
The Tonhalle’s unique location in Zurich places music at the heart of the city and provides a meeting place for all generations and cultures. For Ilona Schmiel, Artistic Director of the Tonhalle-Gesellschaft Zürich, the result speaks for itself: ‘The Tonhalle-Orchester Zürich is a cultural beacon for Switzerland, and the hall is a gem. That bodes well for a new start that will benefit everyone, nationally and internationally.’

‘The acoustics have been significantly improved,’ pointed out Karlheinz Müller from acoustics specialists Müller-BBM GmbH who were responsible for the project, explaining how this had been demonstrated by reverberation time testing and sample impressions. The brilliant sound quality has not simply been retained but has been revitalised in the course of the renovation, the acoustic splendour of the original hall having deteriorated over the years.

A book, a CD box set and Google Arts & Culture
A new book, Tonhalle Zürich 1895–2021, marking the 126th anniversary of the Tonhalle in Zurich, is being published by Bärenreiter Verlag. The richly illustrated volume – a co-edition by the Tonhalle-Gesellschaft Zürich and the University of Zurich’s Musicology Institute – presents the building’s character and history and the architectural ideas behind it (ISBN 9783761826089). 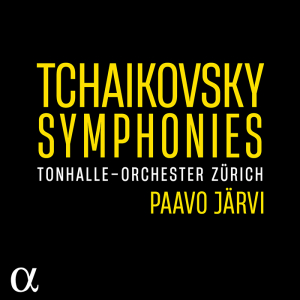 To celebrate the reopening, the label Alpha is issuing a CD box set of the six famous Symphonies of Pyotr Ilyich Tchaikovsky, along with other pieces such as the Capriccio Italien, the Romeo and Juliet Fantasy Overture, and the Waltz and Polonaise from Eugene Onegin. The recordings were made over the past two years in the orchestra’s interim home Tonhalle Maag. The box set (ALP778) will be available in German-speaking countries from 15 September and on the international market from 8 October.

Google also has a treat in store to celebrate the building’s reopening – take a virtual tour of discovery and explore the many highlights of the restored interior on the Google Arts & Culture platform. Eight online exhibitions on Google, featuring text, images and videos, showcase in particular the Grosse Tonhalle’s ceiling frescos and the rich ornamentation and decoration that lend the Tonhalle its very special character.